Contracts for the climate transition of cities

On 11 December, a Climate City Contract was signed by Director Generals from four Swedish government agencies, the strategic innovation program Viable Cities and Mayors from nine Swedish cities. Klimatkontrakt 2030 involves mutual efforts to shift the pace of climate change with the goal that cities must achieve the sustainability goals in Agenda 2030. 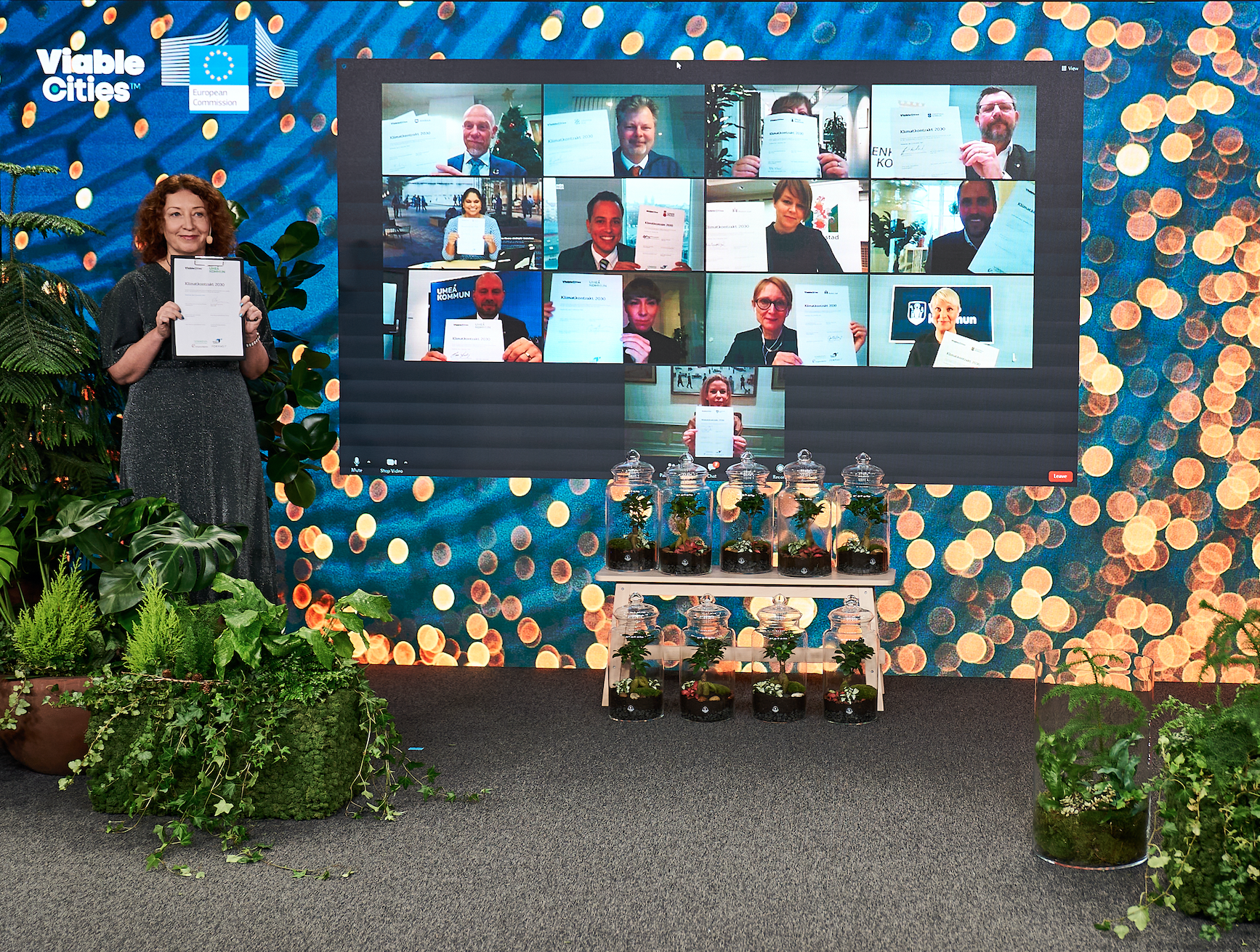 Through Klimatkontraktet 2030, signed during European Viable Cities Day, commits cities to speeding up the transition to climate neutrality and increased sustainability. Viable Cities and the authorities - Vinnova, the Swedish Energy Agency, Formas and the Swedish Agency for Economic and Regional Growth - undertake to support and facilitate the cities' work. The goal is for cities to achieve the sustainability goals in Agenda 2030, with economic, social and environmental sustainability as a result. The climate contract is a new tool for achieving this.

- Cities play a crucial role in climate change and in engaging citizens, business, academia and civil society. We see that Klimatkontrakt 2030 contributes to a level of collaboration that can make a big difference, and now Sweden is taking the lead in urban climate change in Europe, says Darja Isaksson, director general Vinnova. Vinnova together with the three other signing authorities undertakes, among other things:

Med IT and digitalisation, we accelerate the transition to sustainable energy systems for cities.