"We can not negotiate with the planet"

"We need to prioritize the future instead of sticking to the old fossil-dependent society." This is what Vinnova's director general Darja Isaksson says, who gives her reflections after being present at the climate meeting in Glasgow, COP 26. She emphasizes that Sweden and the Nordic countries are countries that the rest of the world looks at and that we can make a difference. 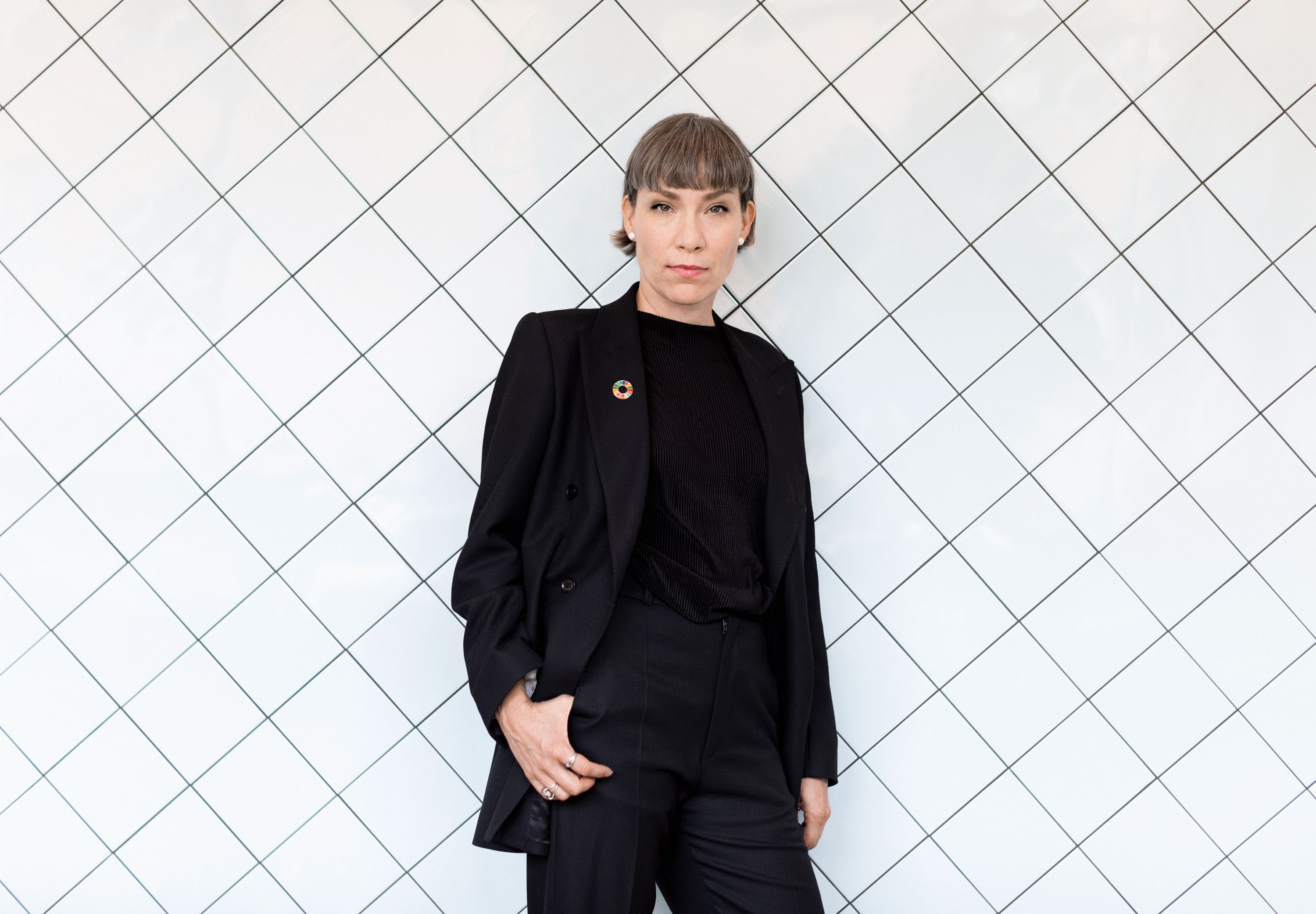 Darja Isaksson spoke at the inauguration of the Swedish pavilion at the climate summit in Glasgow, together with, among others, Prime Minister Stefan Löfven and representatives of several large Swedish companies.

What are your main impressions after being in place?

My strongest impression is the seriousness. We work towards hard deadlines and we can not negotiate with the planet. We must stick to the goals set in the Paris Agreement, acknowledge that we are not doing enough yet and increase the pace of change.

The second is that the pressure for change has increased in recent years. More people are taking the situation seriously and an increasing part of the business community is asking the policy to impose even higher eligibility requirements on them by, for example, raising the price of carbon dioxide.

As part of the Swedish delegation, I clearly felt that we in Sweden have several leading companies that are serious about their ambitions to accelerate the transition and that their ability to do so is based on several Swedish areas of strength in combination with working together.

How did you feel that your messages were received that we need to shift the work of innovation and work together towards common objective order to meet the climate challenge?

The Swedish delegation was very consistent in that message and perhaps the most important thing is that we show that there are solutions already today that can be scaled up even faster. The transition has already begun, not least in Sweden, but also in many other parts of the world. Although what we have achieved so far is far from sufficient, it is necessary, possible and value-creating to prioritize the future, instead of sticking to the old fossil-dependent society.

Sweden is a small country, do you still experience that others listen to us?

Sweden and the rest of the Nordic region are countries that the world looks at and our leadership is important. In politics, but also when it comes to industry change. This is not least noticeable in the interest in learning and collaborating with us that both other companies and countries have.

Is there anything special you bring with you from the climate meeting in the continued work in your role as director general for Vinnova?

The most important thing I take with me is that those who now lead share Vinnova's point of departure that innovation that accelerates change is the key to the future and that cooperation is what makes it happen. Som Vinnovas director general, I am proud that leading companies clearly stated that our support means a lot to them. It was also encouraging to hear many ambitious and concrete examples of innovations with the potential to make a difference. And that it is by collaborating across traditional industry and sector boundaries that they can scale up quickly.

Are you more or less hopeful about the world's opportunities to meet the climate goals after being in place?

Both and in fact. It is incredibly urgent now, we almost need to start counting months on the window that remains for humanity to be able to reach the important 1.5-degree goal. We now only have a few years to halve carbon dioxide emissions, despite the fact that the world's total climate emissions are still increasing. The consequences in the world are already great, both in terms of societal costs and human suffering. India is estimated to have a GDP / capita that is already today 30 percent lower due to warming than it otherwise would have been, the number of climate refugees is increasing and is already four more larger than those fleeing war.

Vinnova participates in the Climate Change Conference in Glasgow